This week the Miss Snark's First Victim Success Story Blog Hop is in full swing!  And today it’s my turn to host one of the Success Stories.  I pulled up a (virtual) chair to talk with Amanda Sun about her book and her love of multicultural settings. You all are welcome to join us.  I hope you do.

First, a little bit about Amanda:

Amanda Sun was born in Deep River, a small town where she could escape into the surrounding forest to read. An archaeologist by training, her intense fear of spiders keeps her indoors where she writes novels instead. She will write your name in Egyptian Hieroglyphic if you ask, though. The Paper Gods is inspired by her time living in Osaka and travelling throughout Japan. She currently lives in Toronto, where she keeps busy knitting companion cubes, gaming, and sewing costumes for anime conventions. INK is her first novel. Visit her on the web at amandasunbooks.blogspot.com and on Twitter at @Amanda_Sun.

Welcome to the blog, Amanda!

Since this whole blog hop is because of Authoress and her blog, Miss Snark’s First Victim (which we lovingly call MSFV), first would you share with us how MSFV helped you get to where you are today?

Sure! Before I had an agent, I entered a lot of the different contests and critiques on MSFV. I entered a couple Secret Agents with different manuscripts, and while I didn't place, I did get requests from lurking agents! The comments also helped me understand what was going wrong with my opening. Another time I received a request for my ms from Authoress' First Kiss critique--and the agent knew the ms wasn't finished yet! That gave me the encouragement to get it done, polished, and ready to send out. I entered the polished ms in the first Baker's Dozen Auction which was incredibly exciting. I learned so much from the feedback I got from the agents and MSFV community! MSFV has been a supportive home base through the querying and submission process, and the feedback and encouragement I received there definitely helped me get to this point. So thank you guys for being awesome!

Yes! I second that thanks to all those in the MSFV community.  They are an incredibly selfless group of people.

Well, Amanda, it looks like you were very successful at getting past the querying and submission stage, because your debut novel, INK, comes out in July 2013. Congrats!

INK is a YA paranormal set in Japan. It is the first in a series called The Paper Gods.  After her mother's death, 16-year-old Katie is uprooted to Japan to live with her English-teaching aunt. There she crosses paths with her new school's arrogant and gorgeous kendo star Tomohiro, whose drawings come to life in dangerous ways, pulling them both into Japan's paranormal underworld--that is, if the Yakuza don't get them first.

Oooh, it sounds sooooo amazing!   Good multicultural books are so hard to find these days.  How did you choose Japan as the setting?

Thank you! INK is mostly inspired by time living in Osaka, with a healthy combination of my background in Archaeology and my addiction to JDramas. I love diverse YA and I knew I wanted to write something that was multicutural as a backdrop, but without that being the actual plot of the story.

I love the idea of a multicultural paranormal.  What a cool idea!

Originally I set out to write INK as a contemporary, but there was one scene where Katie looked over Tomohiro's shoulder at his drawing--and it moved. And then I realized I had a paranormal on my hands. :)

That paranormal element is very clever.  I really loved the idea of sketches coming to life.  Tell us a little bit more about how you came up with that premise.

The idea for sketches that come to life in dangerous ways came from a couple places too. Kanji, the characters used in Chinese and Japanese writing, were originally used to communicate with the spiritual realm. In a similar way, Egyptian scribes used to chisel a line through any snake hieroglyphs, we think in case they slithered off the walls and bit the Pharoah entombed. So I loved that idea of sketches holding power, and I pictured a Japanese teen trying to deal with this frightening ability.

I love how you weaved your love of Egyptian hieroglyphs with Chinese and Japanese writings as well.  That is truly multicultural thinking, in my opinion.

But I am also impressed with all the thought you have put into the multicultural setting.  Japan is nothing like the western civilization we live in, so it must have been difficult to capture a world so very different from your own.  Did you do a lot of research in order to accurately portray Japanese culture?

While my time living in Japan provided a great basis for writing INK, I did a lot of research to make sure I was as accurate as possible. I'd like to see a lot more Asian teens (and teens of color) in YA, and so it's important to me to get it as right as I can. After writing the first draft of INK, I revisted Shizuoka, the city INK is set in. I took a ridiculous amount of photos [three of which she shares with us here], walked the routes my characters walk, rode the buses they ride, and so on. I watched every school-themed JDrama I could get my hands on to fill in the gaps, and I also have a former host student from Shizuoka who allowed me to quiz her about any details I wasn't sure of (for example, what kind of slang Japanese teens use to make sure my words were current). I checked all my character names and Japanese phrases with her and another friend from Osaka, so everything is as accurate as I can make it.

Wow.  Impressive research!  But you must have been overwhelmed with the amount of research you had on hand to use.  It must have taken some work to distill it all down.  So, tell us, what do you think are the most important things to capture about another culture in a novel?

Great question! I think the most important thing to capture in a novel about another culture is the common ground we have, the similarities between their lives and ours. Sure, Japan is exotic and different and interesting. But as much as life is different there, it's also the same. Teens still have club meetings, homework to do, and real life issues to deal with. I wanted to make Japan accessible to readers, to see a peek into what life is really like over there. But even more than that, I wanted to tell a story pulled from a very different mythology than the one we're used to in North America. :)

Before we leave, do you have any other tips for writers out there?

Do everything you can to be accurate and respectful. I think in YA especially we often deal with cultural stereotypes that make their way into our characters--and often it's not intentional, but a lack of understanding on our part. Read everything you can that's set in that culture. Try to find people from that culture that you can talk to about your WIP. Try to visit if you can, and stay a while. Traveling through a country as a tourist and actually living in the country will give you very different experiences, so try to go off the beaten track. If you can't visit, use the internet to "walk around" and see the sights. And remember that as different as we are, we have even more in common.

Words of wisdom, Amanda.  Thanks for stopping by and sharing them with us.

Thanks so much for having me, Elissa! :)

Because of the awesomeness that is Amanda, today you lucky people can enter below to win the following prize pack: 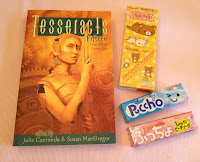 I am jealous, people.  You have no idea how lucky you are that you can enter to win.  Oh, and this is open internationally.

Anyway, hop on downwards and enter.  And keep an eye out for INK, coming out July 2013!

Oh, and don't forgot to keep following the MSFV Success Story Blog Hop.  On Amanda's blog tomorrow, she will be interviewing the amazing Kristi Helvig, so head on over to join in more MSFV fun!

And here's the entire blog hop schedule so you can check out each Success Story: 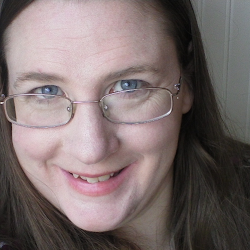 By day, I'm Super Cool Mommy to my five young children (and Super Cool Wife to my husband of 16 years). By night, I'm Super Cool Secret Writer of middle-grade books. (Okay, so I'm not so secretive about it.)
And when I get a extra minute or two, I am one of many Super Cool Wizards behind the curtain at From the Mixed-Up Files, a blog celebrating middle-grade books. And because I wasn't busy enough, I am also Super Cool Co-Host of the weekly #MGlitchat on Twitter.
More recently, I am Super Cool Assistant Regional Advisor (ARA) for the Utah/S. Idaho chapter of SCBWI, too. I like to keep busy.

You can also find me: